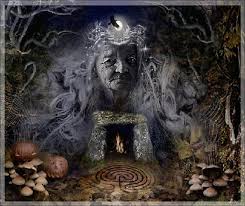 A reader of italiaeilmondo.com, Mr. Andrea Ferrari of https://www.capstan.be/ , international company in the field of translations for companies, individuals, public authorities, with great kindness and generosity made available his own and his collaborators’ professional skills, translating for free  into English and French the commentary by Roberto Buffagni The two strategic styles of epidemic management in comparison, originally published here: http://italiaeilmondo.com/2020/03/14/epidemia-coronavirus-due-approcci-strategici-a-confronto-di-roberto-buffagni/

The author and italiaeilmondo.com would like to warmly thank Andrea Ferrari (English translation) Pierluigi Emma (French translation) https://www.capstan.be/  and its collaborators. 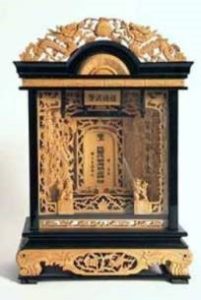 The two strategic styles of epidemic management in comparison

I propose a hypothesis regarding the different strategic styles of epidemic management adopted in Europe and elsewhere. Let me stress that this is a mere hypothesis–to substantiate it would require statistical, epidemiological, and economic expertise that I do not have and that cannot be improvised. I thus welcome all criticism and objections, even the most radical.

The hypothesis is as follows: the strategic style adopted to manage the epidemic faithfully reflects the ethics and presumed national interest and political priorities of States and, to a lesser extent, of nations and peoples. The choice of the strategic style of management is decidedly political.

Those who choose Model 1 make a cost/benefit calculation, and consciously choose to sacrifice a quota of their population. The magnitude of this quota will depend on the response capacity of the national healthcare infrastructure, and in particular on the number of places available in intensive care. As far as I understand, the Coronavirus has the following characteristics: high contagiousness, limited percentage of fatal outcomes (direct or due to complications), but relatively high percentage (around 10%, it seems) of patients in need of treatment in intensive care wards. If this is the case, in the event of a massive contagion of the population–in Germany, for example, Angela Merkel foresees 60-70% of people infected–no national health service will be able to provide the needed treatment to the entire percentage of patients that need intensive therapy. A proportion of these are thus sentenced to death in advance. The proportion of the population pre-sentenced to death will depend on the capacity of the health system, the demographic composition of the population (older people are at greater risk), and other unpredictable factors such as possible mutations of the virus.

The rationale for this decision seems to be as follows:

Two requirements are indispensable for the adoption of Model 1: a State decision-making apparatus coherently and traditionally oriented towards a particularly radical and ruthless sense of national interest (typical of the British and German cases); and strong social discipline (this is why the adoption of Model 1 by France will be problematic, and there will probably be a reconversion of the strategic choice towards Model 2).[1]

The adoption of Model 1, in short, corresponds to a decidedly warlike strategic style. The choice is to consciously sacrifice a proportion of economically and politically less useful members of the population to the advantage of greater power for the economic-political system. Otherwise said, it is the choice to get rid of the ballast so as to fight more effectively. This is in fact a typical choice made in time of war, when it is normal because it is indispensable, for example, to privilege medical care and food supplies for the armed forces versus care and food for all others (including women, old people, and children). The only limits are resources needed to keep up the morale of the population, which is equally essential for the war effort.

The States adopting Model 1, therefore, do not act as if their competitors were adversaries, but as if they were enemies, and as if economic competition were a real war, differing from “waged” war by the mere fact that armies do not take to the field. The conduct of this type of war, precisely because it is a covert war, will be particularly harsh and ruthless; neither engagement rules nor military honour, which for example prohibit the mistreatment, or worse, the killing of prisoners and civilians, the use of weapons of mass destruction, etc., are applicable here. To conclude, the choice of Model 1 privileges, in the strategic evaluation, seizing the immediate opportunity window (to gain a strategic advantage over the enemy through rapid and violent action) over the medium-long term strategic opportunity window (reinforcing national cohesion, decreasing the dependence and vulnerability of one’s own economy on others by increasing state investment and domestic demand). 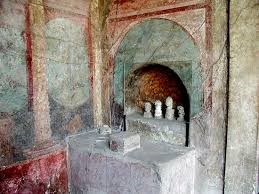 In the case of China, there is no doubt that the Chinese political leadership knows very well that economic competition is a decisive component of the “hybrid war”. Indeed, it was two colonels of the Chinese General Staff, Liang Qiao and Xiangsui Wang, who developed the seminal text on “asymmetric warfare” [2]in the 1980s. I believe that the Chinese political leadership has chosen, it seems successfully, to adopt Model 2 for three fundamental reasons:

In other words, I think that the Chinese leadership considered that the long-term strategic advantage of preserving and even strengthening the social and cultural cohesion of its population outweighed the short-to-medium-term cost of the economic damage and the foregone opportunity to take immediate advantage of their adversaries’ difficulties.

Because there are three “paths to success”: “1. Knowing when you can or cannot fight” “2. Knowing how to use both numerous and small forces” “3. Knowing how to instil equal intentions in both superiors and inferiors”.

In the case of Italy, I believe the choice of Model 2–albeit uncertain and poorly executed–depends on the following reasons.

1) On the cultural level, the influence of pre-modern Italian and European civilization, infused as it is with pre-Christian, peasant, and Mediterranean sensibility for the family and “creaturehood”, partially absorbed by Counter-Reformation Catholicism and the Baroque; this is an influence of very long duration that continues to operate despite the Protestantization of the Catholic Church today, and despite the cultural hegemony, at least superficially, of ideological and economic liberalism.

2) Again on the cultural level, the pacifism established after the defeat in World War II, perpetuated first by the left-wing communists and the Catholic world, then by the liberal-progressive EU leaderships–a pacifism that generates comic expressions such as “soldiers of peace” and a methodical denial of the tragic dimension of history.

3) On the political level, the serious institutional disorder, whereby the levels of decision making overlap and hinder each other, as was evident in the conflict between State and Regions at the opening of the epidemiological crisis; the electoral concerns of all parties; and the fragile legitimacy of the State, which is a long-running Italian problem.

4) on the political-operational level, the astounding incompetence of the ruling class, in which decades of reverse meritocracy and a habit of dumping responsibility, decisions, and their underlying motivations on the shoulders of the European Union have induced a mindset that always leads to taking the path of least resistance. In this case, that path is precisely the choice to contain the contagion, because to choose the path of mass war triage (however you judge it, and I judge it very negatively) requires a very considerable political decision-making ability.

In other words, the Italian choice of Model 2 has superficial and conscious reasons tracing to our political and institutional defects, and deep and semi-conscious reasons tracing to the merits of civilization and culture which, almost without knowing it anymore, continue to inspire Italy, especially in difficult times. So, we have undoubtedly acted in a humane and civil way, and perhaps even a strategically far-sighted way, without really knowing why. But we have acted so, and for this we must thank our deceased ancestors, the “Lares”[1] whose cult goes back centuries and millennia albeit under different names. Without knowing it, we still honour them today by doing everything possible to save our fathers, mothers, grandparents, even if they are no longer useful.

It would make Sun Tzu and perhaps even Hegel smile to see that the two models impose operational implementation methods that are in exact opposition to their respective strategic style.

The implementation of Model 1 (we do not contain the contagion, we deliberately sacrifice a quota of the population) does not require any measure of restriction of freedom; daily life goes on exactly as before, except that many people fall ill and a not exactly predictable but not negligible percentage of them, not being able to obtain the necessary treatment for reasons of health service capacity, die.

The implementation of Model 2 (we contain the contagion to save all those who can be saved) requires instead the application of very strict measures to restrict personal freedom, and to be fully carried out would indeed require the deployment of a dictatorship, however soft and temporary, to ensure unity of command and protection of the community from the unleashing of irrational passions, i.e. from itself. Operationally, the executive direction of Model 2 should be entrusted to the armed forces, which possess both the appropriate technical skills and the appropriate rigidly hierarchical structure.

I will conclude by saying that I am glad that Italy has chosen to save all who can be saved. It is doing it awkwardly, and without really knowing why, but it is doing it. This time it is easy to say: right or wrong, my country[3].

[1] Translator’s Note: the article was written before the 16 March 2020 decision by the French government to enact shutdown measures like those taken in Italy.

[3] Translator’s Note: In English in the original